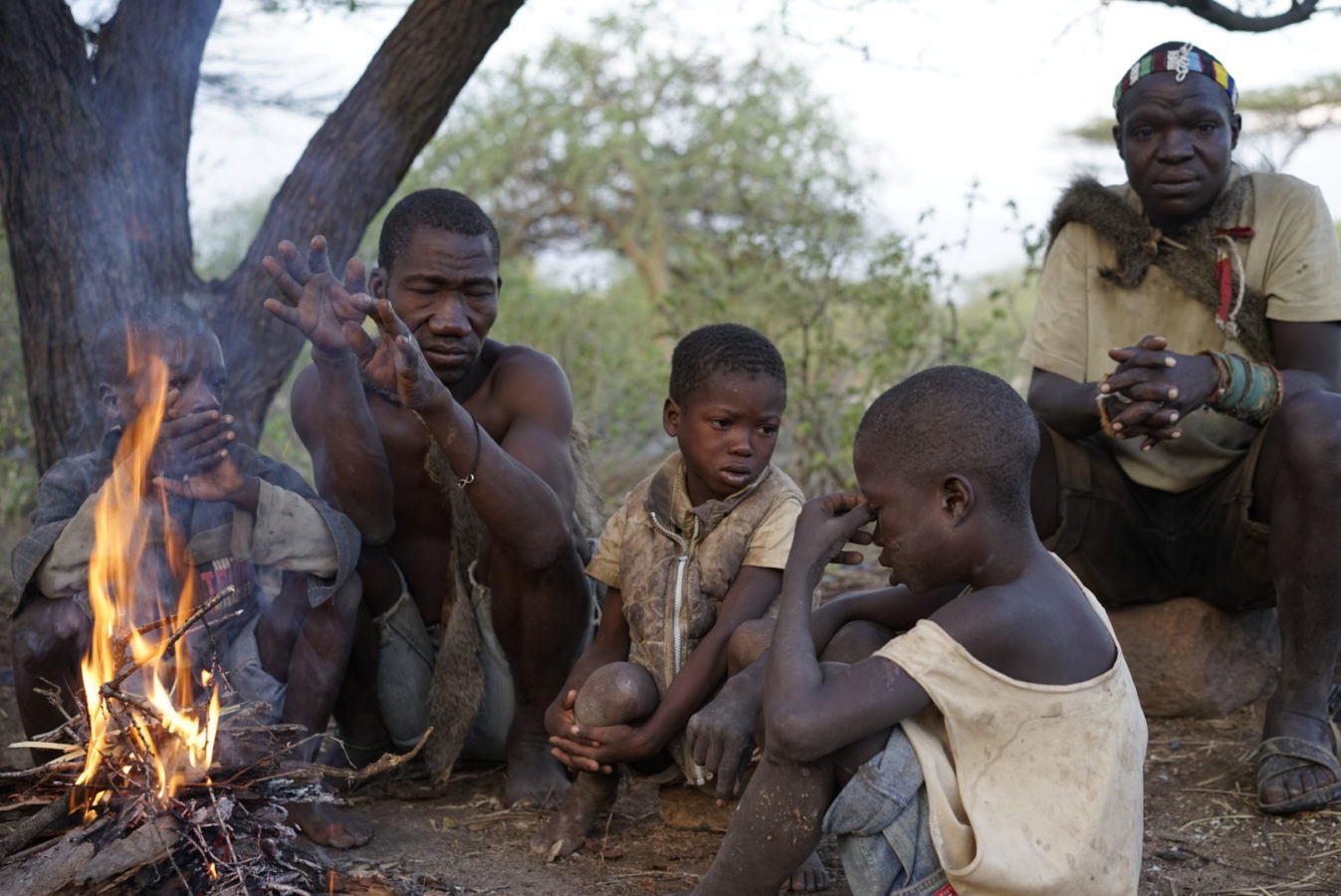 “As the natural coherence of the world vanishes, there’s a guilt that grows great and angry in the basement of our beings.” – Laurens Van Der Post

I haven’t read with passion for many years. Possibly through laziness inspired through lack of inspiration. Yet the gift of the tales of my new hero Laurens Van Der Post not only re invigorated this obsession, but also left me melancholy for a missed opportunity to meet some of our last links to a time long considered past, and a glimpse through a door sadly left only just ajar. Van Der Post’s humble respect, and utter adoration for the San people of the Kalahari is so eloquently projected through his tales. Upon reading, I was left saddened about missing any encounter with this most primeval and proud of races in our journeys last winter.

When Katy suggested a detour to meet the Hadza of Northern Tanzania, committed hunter gathers, who have shunned the pressures to conform to a modern way of life, it took little persuasion to obtain my buy in. It would be unrealistic to claim that the Hadza are completely unaffected by the 21st century. They buy arrow heads from the nearby Datoga tribe who fashion them from nails, they don’t quite exclusively wear animal skins, and a slow trickle of tourists are making their way down the dusty, spine jarring track from Karatu to visit them. Yet despite the temptations to conform to the more westernised lifestyle sweeping across much of Africa, they seem blissfully disinterested in the rest of the world and our modern lifestyles.

Over the years the Tanzanian government has made repeated attempts to integrate them into their ambitions for progression. Even going as far as to try and force them out of the bush and into villages. Each time the Hadza have silently drifted back into their beloved wilderness like smoke from a camp fire. There are no more than twelve hundred of these most ancient of people’s left. They live in rudimentary shelters built from sticks and grass and move with the seasons and proliferation of food. They are one of the last tribes to use the click based language which once would have been widespread across the continent. They are one of our last chances to glimpse a shadow of where we may have come from.

Despite shunning our way of life, they are surprisingly receptive to visitors. For just a few dollars and after a sunrise start you can accompany them on a hunt, spend a wondrous morning learning to light fires bushman style and struggling with the art of primitive archery. Katy and I felt welcomed, and honoured to have this opportunity. If you ever have the chance to visit Northern Tanzania and can drag yourself away from the more recognised attractions, drop in on the Hadza… It is an encounter that will stay with you for ever.